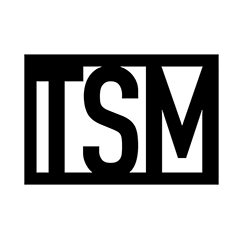 SPIRIT OF THE GAME

Substitutions occur ‘on the fly’. You may substitute at any time, but the player must wait until the player they are replacing leaves the field. A player coming off must observe the “surrender rule” and not attempt to play the ball as they are leaving the field. If a team is playing with too many players, the other team will be awarded an indirect free kick at midfield and the player must leave the field.

No punting or drop kicks.  Restart is an indirect free kick by the opposing team at the half line.  Goalkeeper may throw the ball or put the ball down and play with their feet.  The ball can pass across the half way line.  The goalkeeper can score by throwing the ball into the opponent’s goal.

All fouls or infractions in u7 to u12 games are restarted with an indirect kick except for a foul by the defending team in the goal area. The restart is a penalty kick.

All fouls in u13 and up are restarted with a direct free kick or penalty kick for fouls by the defending team in the goal area.  Some infractions such as a pass back to the keeper, the ball hitting the net, and the goalkeeper punting or drop kicking the ball result in an indirect lick.  A foul in the goal area by a defending player will result in a penalty kick from the mark (see white spot on the field outside the goal area arc) in all age groups including U9/U10 ages.

All field players must be 5 yards from the mark (to the side and behind the mark).

All field players must be 10 yards from the goalie when a goal kick is being played in the 7/8u age group.

If the ball hits the netting, play is restarted nearest the point where the ball touched the netting with an indirect kick by the opposing team.  Opposing team must stand at least 5 yards away (or goal line, whichever is farther) from ball on restarts.

Attacking teams awarded an indirect free kick in their attacking end must take it from the closest spot on the goal area arc from where the infraction occurred.

The team with the most points at the end of regulation time is considered the winner.

We're not around right now. But you can send us an email and we'll get back to you, asap.